The UHF  system WHCA operated (on 415.7/407.85) is code named "Echo Foxtrot", or "Nationwide" (the later name distinguishes it from the "Washington Area" system used for communications with White House limos and staff cars). It provides full duplex clear voice coverage over most of the continental US to VIP aircraft in flight (SAM aircraft - Special Air Missions - which fly out of Andrews AFB). It links them to a console Crown Radio  at the White House Switchboard ("Crown") in the Old Executive Office building basement from which phone patch connections can be made to telephones at the White House, on the commercial POTS/DDD network, various other federal telephone systems, and occasionally the DSN (Defense Switched Network - formally Autovon).

Crown Radio had two consoles one was the Washington DC FM network. The other one was for the Nationwide System (E/F), and secure voice. All of WHCA and USSS FM locations in the Washington DC area terminated there, as well as the Echo/Fox Nationwide air-to-ground Communications for AF1. The old E/F console built by Mario Lilla was operated from WHCA's M St location until Crown Radio was moved to the OEOB shortly after the new WECO 608 was cut into service there. Crown Radio (CR) went operational for the first time in the mid-sixties. At the time CR was that it only controlled the E/F network CR was manned and operational only in support of a POTUS mission. The only radio phone patches from CR was to WH Signal board who handled connections to telephone subscribers, and CR only operated the air-to-ground E/F network.

The system is operated by the White House Communications Agency (WHCA), and AT&T. Ground sites (there are about 30 of them) for the E/F system are located on AT&T microwave towers throughout the US and are connected by leased lines to a tech control console ("Crown Radio") that is part of the White House Switchboard ("Crown" or "Signal"). Each individual site can be separately keyed from the console and patched into a call, thus the system is capable of handling several calls at once although the aircraft involved have to be far enough apart not to interfere with one another.

The E/F system is completely manual at both ends, call setup and ground site selection is done by operators. On the ground the operators are WHCA/White House switchboard operators, on the aircraft they are CSO (Communication System Officers) who are military NCO's (tech sergeants mostly).

The E/F system is in-the-clear UHF full duplex voice. The aircraft often push-to-talk keys its transmitter, so it only transmits when the party on board is talking. The ground site usually transmits continuously for the duration of the call.

The system has been recently used with STU-III's for security, but apparently not too successfully. There have been occasional attempts in the past to use other kinds of secure voice, but most calls are still in the clear. Recent White House staff people who use the system have been made aware that listening to it is quite popular among scanner hobbyists and have been fairly careful about what they say, but when the system was first installed in the late 60's and early 70's there were some interesting conversations on it.

E/F antennas on AT&T towers are small and not very conspicuous but they can be recognized if one knows what they look like. They are always mounted at the top of the tower near the Hogg horns. There are usually three antennas, two small ground planes and a short vertical pole mounted above them and three or four feet apart.

Air Force One mostly uses the E/F system for actual phone connections when it is out of range of other systems or there is extremely heavy traffic on them (but it always maintains contact via E/F when in range of a ground site as backup anyway) and has in the past sometimes used E/F as a communications order wire to set up calls on the other systems.

Note: Echo-Fox is no longer in service; it is reported to have been shut down in 1996.

This green-shaded area on this map shows the estimated coverage of the Echo-Fox stations listed in the table above (indicated by black dots), assuming a 200-mile range for each transmitter:

Echo-Fox Radio Sites as of March 1973

AT&T Corporate Security has requested that the names and exact locations of certain active facilities not be published; therefore, such installations are identified only by their Common Language Location identifier (CLLI) codes, printed in all capitals. 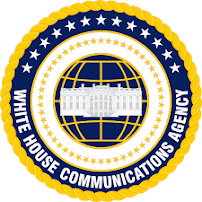 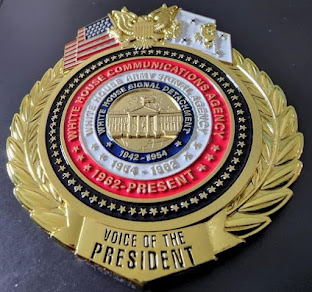 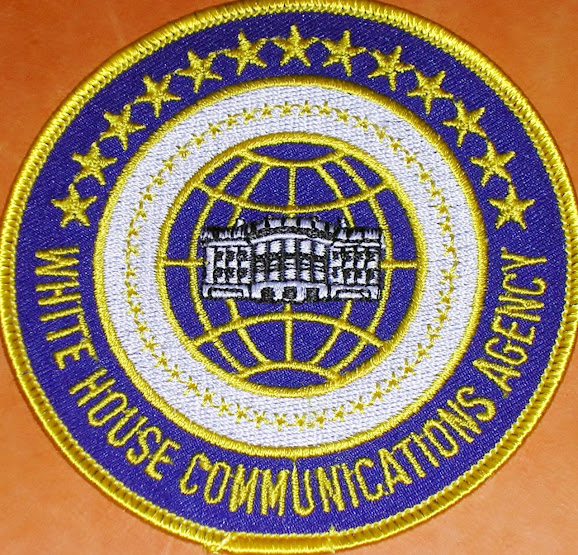 John Cross
This Blog contains Information about life in the White House Communications Agency and my experiences from 1965 to 1974. It also includes my experiences at Camp David, and Cannonball Tower (1965-1970), functioning facilities that were part of the Presidential Emergency Facilities (PEF) built in the 1960's and de-commissioned in 1970. While providing support communications for Present’s Lynden B Johnson and Richard M Nixon are the accounts of many domestic and overseas support trips including the 1968 Presidential election President’s trip to China, a look at President Nixon's Western White House in San Clemente CA, and The Florida White House in Key Biscayne FL. I have also discussed some historical posts relative to the establishment and implantation of the White House Communications Agency (WHCA) and the Presidential Emergency Facilities (PEF) microwave network.